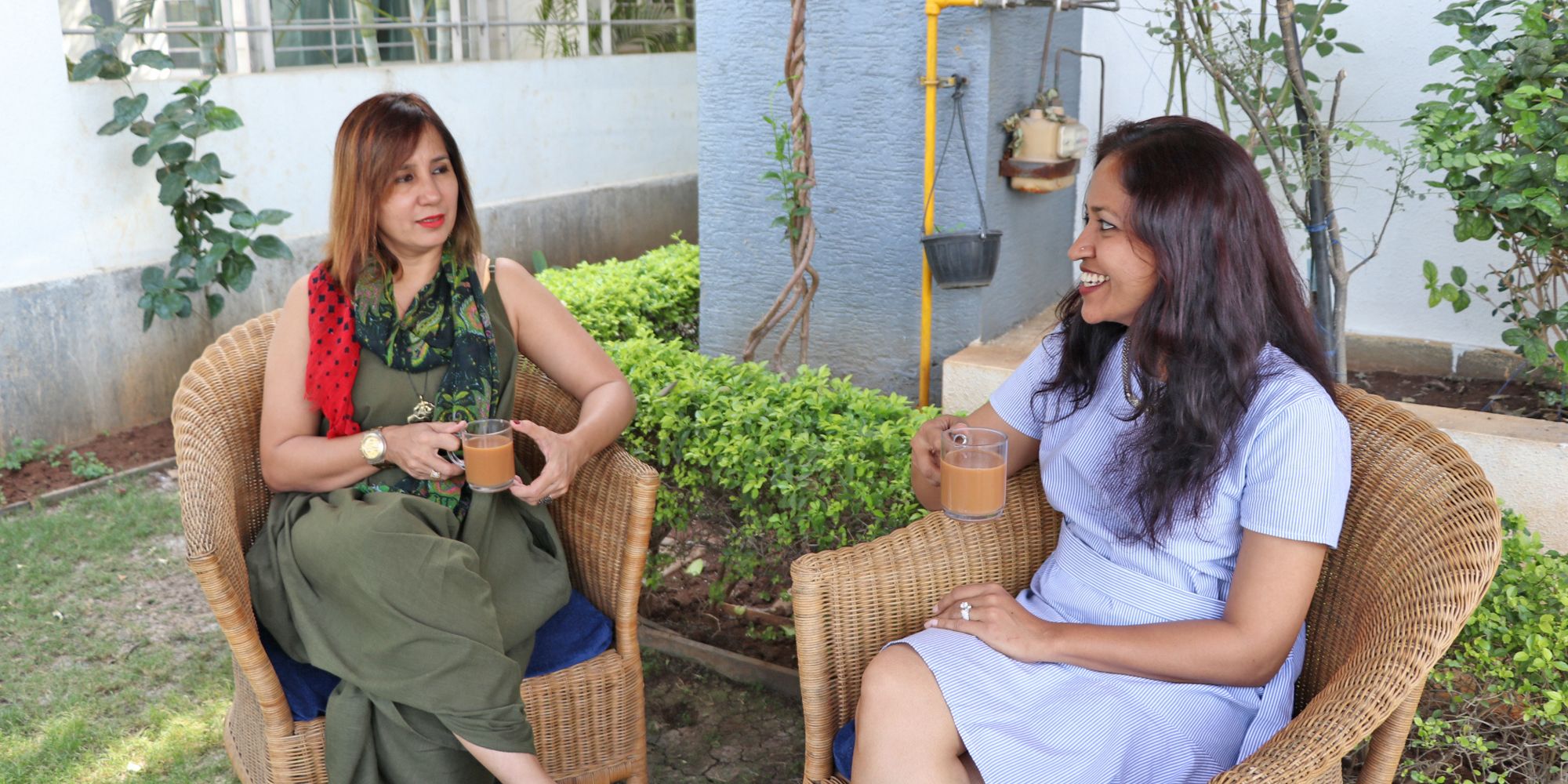 One on One Counseling

Addiction Is a state of periodic or chronic intoxication produced by the repeated consumption of a drug (natural or synthetic). Its characteristics include:
(i) an overpowering desire or need (compulsion) to continue taking the drug and to obtain it by any means;
(ii) a tendency to increase the dose;
(iii) a psychic (psychological) and generally a physical dependence on the effects of the drug; and
(iv) detrimental effects on the individual and on society.

The first warning sign. The same pleasurable feeling obtained earlier with one or two drinks /uses is not reached with the same quantity of usage .More of the substance is needed to attain it . Eg. A patient told me “I started drinking at home and realized I needed more alcohol to get the same high as earlier”

This is not unconsciousness . During a black out, one may go through many activities like walking, talking, even driving a vehicle ‘apparently normally’, but have NO recollection of them afterwards.The brain is unable to form memories at this time going into a kind of amnesia. Blackouts can be partial or total. This is usually caused by drinking large quantities of alcohol and by drinking rapidly and mixing drinks.

Even when one is not drinking/using, one makes plans about how to obtain the next fix or drink.

Avoiding Any Talk About Alcohol/Drugs:

Despite the preoccupation, person feels totally under control and does not feel the need to share or talk about this craving with anybody. Even if one has boasted earlier of one’s capacity to drink/drug, one wants to avoid the subject now.

Initially, there is a loss of control over the amount of alcohol/drug consumed. Later on, one starts drinking beyond the necessary consumption and gets drunk at inappropriate places like at parties, weddings etc. thus losing control over the time, place and occasion of drinking/using.

Remorse arises as a result of irresponsible consumption and resultant behavioural embarrassments. The drinking/using is justified citing various reasons as varied as wife fought with me to unhappy married life to stressful job to pressure of friends to money problems etc. In an attempt to stave the feeling of guilt, different reasons are given ,but the drinking/using continues.

The afflicted person starts talking big and spending big more than one can afford. Quite often, alcoholics/addicts in this phase do not provide even basic needs for the dependent family, but spend what little they have in extravagant gestures among friends. Deals are signed, properties written off ,marriages done under the influence of substance. Eg. The first marriage of famous pop star Britney Spears was done in a drunken stupor. A person in my neighborhood wrote off a major portion of his property for a pittance under the influence of alcohol.

By this time, the drinking/using has lead to plenty of problems, at home and in the office due to recurrent absenteeism. One is at the point of losing one’s job and perhaps one’s marriage. This might make the person abstain for a while just to quieten things at home and to calm the bosses.

Some make a change in the pattern of drinking/using. They try to change what they drink/use; arrack to brandy, whiskey to beer. They try a change of place or time. The addictive logic takes over here wherein they believe that the problem they are facing is due to the current brand of substance used. E.g. A person said he felt he faced a problem because he drank only beer. He was certain he had no alcohol problem. He felt half a case of beer daily was consuming too much fluid so he switched to scotch and soda when his symptoms got worse he switched to whiskey and water; as his symptoms increased further, he eliminated “water”. This is the nature of Addictive Logic. But so long as it is alcohol/drugs, no matter how many changes are made, they continue to be immersed in the same problems that haunted them before.

This phase is characterized by noticeable physical, mental and social deterioration. There is a total breakdown in relationship with the family.

The person drinks/uses continuously for days together, does not eat and does not involve oneself in any other activity. At the end of each binge one is left shaken, frightened and guilt-ridden; one promise never to drink/use again. Soon enough one goes on another binge.

Ethical Breakdown : The addict borrows, lies and even steals to keep liquor/drug in supply. The person has no qualms about being unethical. The sole aim is to get enough to drink/drug whatever the means.

The addict begins to suspect people around with little reason. Getting paranoid that all his wealth will be robbed. He imagines they are plotting against him. One may imagine voices speaking to him. He may see things that do not exist or may feel things crawling under the skin.

Lack of Motor Co-Ordination: The next day morning it feels like a sledgehammer in the head-hangover and one feels miserable, the body shaking,the hand trembles as one holds the coffee mug. To feel “ normal” one has to down a few drinks or use drugs. The drink or drug that made one feel better and enhanced a normal state of being now made one feel only pain and the ‘choice’ to use is taken away and ‘compulsion’ and ‘need’ to use to avoid pain takes over.

Just as motor coordination is affected all other bodily systems are slowly and steadily affected with continued use of the substance from the liver, GIT, Renal system, reproductive system, brain everything eventually lose their normal functionality and get damaged. Mood swings result, control over rationalizedways of behaving are lost due to the substance.This is the end of the road. Those who do not stop alcohol/drugs consumption even at this stage get mentally ill or die a slow, painful death. Another factor in addiction is the Denial of the existence of a problem of addiction- as I have mentioned above.

Denial results from the natural tendency to avoid the pain caused by recognizing the presence, severity, and responsibility for dealing with serious problems. When denial is activated, clients start using a set of automatic and unconscious thoughts, feelings, urges, actions, and social reactions that defend against the pain of recognizing the problem.

Denial results from the natural tendency to avoid the pain caused by recognizing the presence, severity, and responsibility for dealing with serious problems.

Levels of Denial
1. Lack of Information- lacks accurate information or have internalized wrong information about addiction and its related problems.
2. Conscious Defensiveness- Knowledge that something is wrong but refusal to face the pain of knowing. Whenever they start thinking or talking about their alcohol or drug use, an internal argument erupts in their mind. The argument is between the addictive self that wants to keep drinking and drugging and the sober self that wants to stop.
3. Unconscious Defensiveness- They automatically and unconsciously evade and distort information in a way that guards them from the pain of knowing they are addicted.
4. Delusional denial – deeply entrenched mistaken beliefs held in spite of overwhelming evidence that they are not true. They maintain the belief that they are social drinkers and recreational drug users in spite of overwhelming and undeniable evidence of serious problems. Because they are delusional, they usually do not respond to the denial management methods used for levels 1, 2, and 3 denials. The delusions are often linked to brain dysfunction caused by the effects alcohol or drug use, or to coexisting mental or personality disorders. As these conditions are treated and begin to remit, these clients usually drop into lower levels of denial that can be managed in counseling.


The Small Seven denial patterns
1. Comparing- “Because others are worse than me, I don’t have a problem”
2. Manipulating- “I’ll only recover if you do what I want!”
3. Scaring Myself into Recovery- “Being afraid of the consequences of drinking and drugging will keep me sober!”
4. Compliance- “I’ll say anything you want to hear if you leave me alone!”
5. Flight into Health- “Feeling better means that I am better!”
6. Strategic Hopelessness- “Since nothing will work, I don’t have to try!”
7. The Democratic Disease State-  “I have the right to drink and drug myself to death!”

Thus addiction is a baffling, cunning and manipulative illness.It is a relapse prone progressive dis-ease which if left untreated will result in death of the individual


QUESTIONNAIRES TO IDENTIFY CHEMICAL DEPENDENCE
There are standard questionnaires by which one can identify the existence of an alcohol or drug problem that requires treatment.
The most common questionnaire for alcohol and drug use is the CAGE questionnaire

Scoring: Item responses on the CAGE questions are scored 0 for “no” and 1 for “yes” answers, with a higher score being an indication of alcohol problems. A total score of two or greater is considered clinically significant. However even one positive score indicates the presence of an alcohol / drug problem that requires treatment in the form of rehabilitation.