SEXUALITY AND INTIMACY IN ADDICTION 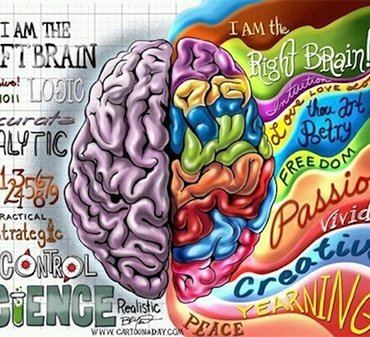 “If there had been intoxication in alcohol then the bottle would have danced “ goes the translation of a famous dialogue from an Indian film. It is the series of chemical reactions that cascade once alcohol enters the bloodstream and reaches the brain that brings that about. Treatment in alcohol rehab /alcoholism requires an in-depth understanding of the effects that alcohol has on the addicted brain.

At a party, the waiter is serving alcohol all around, you have taken a few drinks, you feel less inhibited, your tongue loosens, a few more drinks later -your gait becomes imbalanced, the talk gets louder, speech slurs, you start getting drowsy, you crash on your bed, the next day your head hurts and you have lapses in your memory regarding how you behaved the night before. All of the above display how extensively alcohol affects your brain. Long term /alcoholic usage has a short and long-standing and at times fatal damages to the brain.

The brain is a complex supercomputer made up of trillions of cells called neurons that send messages to each other via chemicals called neurotransmitters. Alcohol disrupts this intricate mechanism .

Alcohol increases dopamine, serotonin, and endorphin secretion resulting in the “feel good” feeling – however in addiction to alcohol the levels fall below normal soon enough and do not recover giving way to depression. The brain tries to compensate and adapt which results in increased tolerance, alcohol dependence, changes in the personality, and alcohol withdrawal symptoms that can include tremors and seizures.
It affects the areas of the brain regulating reason and judgment [ frontal cortex or the fore brain] causing the reduction in inhibitions and altered reasoning.

Consumption of large quantities in a limited time span results in blackouts. Here the areas of the brain storing episodic memories are damaged while the areas regulating habitual actions are intact. Hence the person who has a blackout will have no memory of what incidents happened the night he drank but has gone through the motions of talking walking eating driving without any memory of the same the next day. Eg. The movie Hangover.

addicted to alcohol –the brain has not developed fully, the ability to understand, memorize, and retain is damaged. The ability to process and deal with emotions is also impaired.

happens in children born to mothers who drink during their pregnancy. Their brains are smaller in size and have lesser brain cells leading to long term learning and behavioral problems.
In chronic alcoholism, the brain shrinks in size due to the destruction of brain cells affecting thinking and retention processes. This also causes problems in balance and understanding .

Excessive alcohol consumption can result in impairment of the respiratory center in the brain resulting in respiratory arrest that can be fatal.
Alcoholism results in thiamine and vitamin B6 deficiency that causes confabulations, confusion, hallucinations, paranoia, and even psychosis – the condition being called Wernicke-Korsakoff’s psychosis.  The inability of the liver to break down alcohol in those afflicted with alcohol addiction results in an increase of blood ammonia levels that reach the brain and result in hepatic encephalopathy that can cause coma.
Long term abstinence from alcohol does give rise to renewed cell generation in the brain and improves the structural, functional and biochemistry in the first year of staying away from alcohol.

We at Anatta Humanversity work with an expert understanding of the long term effects of alcohol in each of our clients and design the alcohol rehabilitation accordingly.