Mephedrone Aka M-Cat Aka Meow- Meow

How to talk to your child about a parent’s addiction

Mephedrone Aka M-Cat Aka Meow- Meow 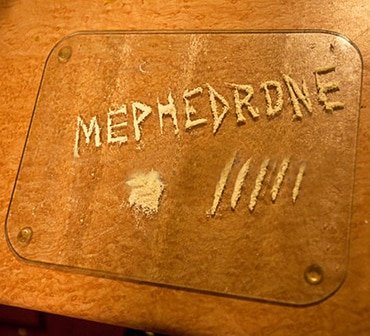 A drug that has taken the Mumbai streets by storm due to lacunae created by poor quality cocaine and is cheaper than it, is Mephedrone also known as M-CAT/ meow-meow/plant food etc.

Mephedrone [4-methyl methcathinone (4-MMC) or 4-methyl ephedrone,] is a synthetic stimulant akin to amphetamines and is a cathinone similar to those found in the psychostimulant plant Khath used in Africa. It is sold across the world as plant food and research chemicals online in order to by pass legal bans and routes.

It was first discovered in 1929 but went into obscurity till it was re synthesized by an underground chemist in Israel in about 2003 .

Mode of use– snorting, rectally, orally in tablets, intravenously.

Even today  the complete and long term effects of the drug on the brain and body have not been researched .  Hence what is known is from short term studies and effects observed in users and shared by them.

Users have described its effects to be akin to the effects of MDMA and cocaine.

Its effects set in within 15 minutes to half an hour of snorting it and lasts for 3-4 hours.

It  creates a sense of euphoria, elation, sleeplessness, a sharpness and mental acuity that makes one feel very productive and able to focus better. It also creates a markedly heightened sexual desire with intercourse lasting for hours. This increases the chance of risky sexual behavior increasing the propensity to sexually transmitted diseases like HIV, Hepatitis B, Hepatitis C etc.

Currently mephedrone is used in many places in the world for what are called as ““chemsex” parties .

Effects of Mephedrone on Body and Brain-

-It creates a complete lack of appetite wherein users do not eat at all while in the phase of using and consequently loose weight and fall ill.

-The pupils  are dilated,

there is an increase in heart rate of the drug user/ person addicted to the drug. Since the effect lasts only for a few hours the frequency of usage and quantity of usage gradually increase thus making abuse of the drug very easy.

-There is no low feeling or depression following the stoppage of use.

-Anxiety and paranoia are seen in some.

-Heightened nervous stimulation is seen in some resulting seizures.

-It also creates in some a feeling of affection towards people around.

-Teeth grinding , jaw clenching , cold fingers and toes are some other effects.

The solution for someone addicted to the drug is a residential treatment program in a voluntary drug rehabilitation facility wherein the treatment program is voluntary, non medical and incorporating counseling, meditation and other therapies are incorporated . We at Anatta Humanversity offer such a program wherein the individual is treated with understanding and acceptance and his/her confidentiality and anonymity is maintained.