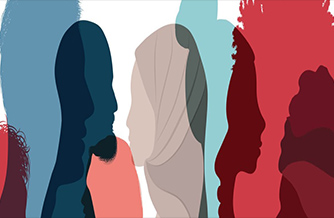 Human maturity and age are mutually exclusive – they have nothing to do with each other. On the contrary, they have everything to do with how one has dealt with one’s life experiences. There are some amongst us who have been deprived of developing maturity initially in their formative years, then, they deprive themselves of it in adulthood, a being immature, becomes a habitual way of life. The true healing and growth of a human being is when one grows up in the truest sense of the word.

“Don’t wear that! It does not look nice. Play with this toy, you will like it. Take this subject in school, I did not have it when I was studying. “What I think has no value. “Don’t run, don’t climb, you will fall baba….  don’t, don’t, don’t/… the litany of don’ts’. “Here are gifts for you- the latest toys and stuff. “How dare you fight with my son/daughter?  “Raja, beta, Meri rani, munna babu, Raja babu…. Being called these nick names well into adulthood.

Being over- protected– metaphorically speaking, the parent goes with a pillow behind the kid placing it beneath him/her in case he/she falls. Cushioning him always, not allowing him to grow. The child is treated as the center of attention in the family. Growing up, the child feels that everybody outside of his home also will continue to treat him as the same the center of attention and adulation and pamper him/her. There is a sense of entitlement.
This never happens. As a result, the child gets confused and traumatized. This is the beginning of what the child perceives as trauma and emotionally gets stuck at the age of that trauma. The rest of the life is spent striving to be the center of attention – this can be by acting as the fool or as an extrovert or introvert – any attention seeking behavior. This is a subconscious process.

The child grows up feeling lost, unloved , as he/she is not loved for who he/she is; not loved enough, low self -esteem, low self -confidence- which can present itself as it is with, anxiety towards events in life like exams , meetings, performances bringing out even physical manifestations like diarrhea, panic attacks etc.. Either that, or the child compensates by being an over achiever in academics or sports or media but still continues to feel inferior inside, feel “not good enough”

Such a person grows up to feel inadequate and inefficient in every area of life ,  though , from a second person’s perspective he/she has everything, enough money, family, achievements , academically , financially etc. but the person lives a living hell in one’s head, always comparing oneself to another, stricken by anxiety, insecurity, blaming everybody around him/her for one’s situation in life.

This is a truly emotionally stunted man/woman. Such a person is emotionally a child or teen , who is very sensitive , who has learnt, that, to get one’s way one has to throw a tantrum or act helpless and coquettish or, both. Manipulation becomes the technique of getting their way.

Suddenly, this person in their early 20’s is expected to decide on a career, get married, get a job, start earning, start taking decisions- all of which one has never learnt how to. The person continues to be immature in one’s dealings and outlook towards relationships and life.  This individual has no idea who he/she really is, as there has never been an opportunity to develop that, no crisis that was grappled by oneself, no failure that was faced and gone beyond, no confrontation and argument that one learnt to assert oneself in without throwing a tantrum. These are the essential ingredients to develop maturity and grow to be an adult. The person is an image of a person created by the parent/ family.

This person at some point tries to rebel and escape from such stifling environs at home. The escape can be in a relationship, albeit unconsciously with a person who will in turn replace their parents in taking care of them. Somebody relieving them of the responsibility and decisions making job- thus creating another person to blame for the state of mind one is in.

The other escape is into substances – which apparently appears to free one from one’s stifled mind, one’s inhibitions – also giving an excuse to escape- I was drunk- I am sorry becomes the new language.  One feels confident in conducting oneself, top of the world, the center of attention. The personality that one becomes after being intoxicated appears to be one’s true self and an identification develops so strong, that one feels that one cannot function without the substance.   Scrapes are gotten into, from which the ever- ready enablers, the family, protects one from. Legal tangles are gotten out of, debts are paid off.

Eventually things come to such a head that something needs to be done.

Every relationship, spouse, parents, friendships, siblings, children, all become dysfunctional.  Life becomes a story of lies and manipulations to protect one’s false sense of self.

Treating such an individual requires residential one on one care for as long a time as required in an ambience that is voluntary, non-medical, comfortable, non-judgmental and maintaining the dignity of the individual. Experiential Counsellors and physicians living with the individual provide 24/7 care. Alternate life therapies that are holistic including eclectic counseling, meditation, introspective journaling, yoga, etc., enable a person to identify one’s real self. To do so, one needs to be away from one’s environment that triggers one emotionally. The only responsibility is to oneself. As one gets to know oneself, one practices being that person, who is, in reality, beyond the intoxicants, the emotions, the image, the masks, the manipulations et al. The person has to be willing to do what it takes and give oneself the time it can take, to discover oneself. Healing can happen.  Change is possible if one is willing and honest with oneself.

Counselling of the family is an extremely essential part of this program , as it is not easy for the family to assume their responsibility and learn tough love and assertiveness, themselves.

We at Anatta Humanversity provide such an ambience in luxurious, natural exclusive destinations, mutually decided upon, through our Single client therapy program where in one travels with an exclusive team of therapists for a bespoke program. Family therapy is an integral part of our system with an exclusive program for every member of the family. Family interventions are carried out to entrain them in changes in habitual modes of communication. To create a paradigm shift in the family, all stakeholders need to work on themselves. Then, there can be a common platform of meeting and healthy relating.

Thus Anatta acts as a bridge amongst family members.