Say No To Drugs First Time & Every Time 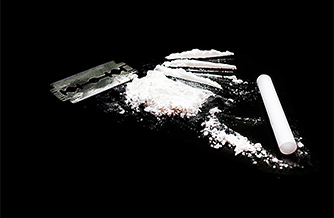 As we live in a digital world today, we get all the information regarding growing drug consumption. We can easily Google the percentage population engrossed into drug abuse or people who die every year due to drugs. But did you know that the traces of drug addiction are being tracked from past many centuries? It’s not a new age ill-activity, but drug abuse had always been the part of society as an evil. However, it’s usage has highly increased in the recent past. The fast paced life has given us the comfortable life, but alongwith gift of stress.

Stress is one of the major reasons behind growing drug addiction. Among different kinds of drugs – marijuana, hashish, weed, CBD oil, cocaine is one of the most popular illegal drugs among youngsters.

Let’s understand what is cocaine?

Made from coca plant, native to South America, cocaine is a highly addictive stimulant drug. It mostly comes in a fine white powder. Though, it can also be transformed into a solid rock crystal. Cocaine users snort the powder into their nose. While, some rub it on their gums or dissolve it in the water or inject it within the body with a help of needle. Most of the cocaine users also heat it up and breathe the smoke into their lungs.

It is difficult to find the exact cause of drug addiction.  However, there are various factors that may contribute to the cocaine drug addiction:

By the time when people reach cocaine addiction stage, they start caring about its ill-effects on the body. As soon as they try to reduce the cocaine abuse, the damage has had already happened, creating most of the health issues.

It has also seen that drug addiction causes risk of violence, foster motor vehicle accidents and makes it quite hard to make wise decisions. The cocaine drug addicts hardly care about their physical conditions. Infact, when someone tries to sympathies with their deteriorating health, they always try to convince themselves that they are perfectly well.

Illegal drug use by the pregnant mothers may pose serious dangers to her unborn baby as given bellow:

Last but not the least, another most ill-effect of pregnancy is ‘loss of self’. It mainly happens when personal relationships are destroyed and people give up their dreams for the sake of drugs. There is a complete loss of identity. People are left with no more aspirations and aims of life. They become slave of drug addiction.

Coacine users showcase strange signs and symptoms of cocaine consumption. Let’s look at it one by one:

Sudden withdrawal from drugs often brings harsh effects on a person. The body attempts to reach a new state as it dispels the user’s drug of choice. This drug withdrawal brings massive fluctuations in brain chemicals and a patient suffers from significant mental & physical health repercussions. People who attempt to stop cocaine consumption majorly suffer from severe depression and mood swings. With regular cocaine consumption, the brain adapts to the consistently elevated dopamine activity. When a sudden break happens from cocaine intake, then they start feeling depressed and dissatisfied with life.

Though cocaine withdrawal symptoms are not as harsh as other drugs, however it has own set of symptoms like:

Making your mind to undergo cocaine treatment for recovery is definitely the first step towards recovery. The treatment process increases a person’s chances to overcome psychological dependence upon cocaine.

Let’s look at the cocaine treatments available at rehabilitation centers:

Here at Anatta Humanversity, we offer focused treatment for cocaine addiction. Our empathetic therapists encourage cocaine addicts to identify drug dependency and help them cope up through building positive attitudes and self – esteem. Contact us today and start the new phase of life filled with optimism and peace.