What is Cognitive Behavioral Therapy? 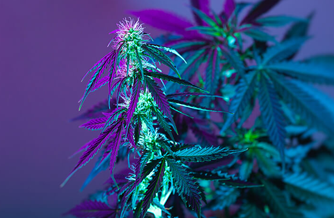 We often feel that teenage is the most sensitive stage as the child undergoes a lot of hormonal changes. But the reality is that the change game continues till young people don’t reach their mid-twenties. Their brains continuously grow and develop ever after attaining nineteen. Young children can easily get attracted to drug abuse as exuberance is at its peak. The worst part is that the early young people start using drugs, the greater the chances that they would continuously use them and become addicted in later life.

The drugs that are most popular among young adults are cocaine, marijuana, weed, hashish, and CBD oil. Today, in this article we will talk about hashish in detail. So, let’s begin!

Often known as a hash, hashish is a kind of marijuana. It is produced by compressing trichomes. Trichomes are the fine growths of cannabis plants. These are the same ingredients that are found in marijuana. Hashish is usually smoked in a pipe using a vaporizer. It can easily get rolled into a cigar. It can also be added to the food, and interesting thing is that it can also be brewed in tea.

When Hashish Becomes A Drug Addict?

The consumption of hashish doesn’t automatically lead to drug abuse. But, the regular consumption of hashish to experience the feeling of high again and again makes one drug addict. The dose of hashish intake becomes high, and a person doesn’t leave it even after experiencing its negative effects. The drug use moves from casual to problematic and starts adversely affecting work, school, home, and relationships.

Life is not a bed of roses. Sometimes, we face adverse situations in life that break down people completely. A few people sail through such a tough time with willpower, while some get into depression. Loss of a loved one, loss of a job, failure in an exam makes a person depressed, and then he/she starts depending upon drug elements like hashish to forget their pain, even if it is for a few hours or so.

Genetics is also one of the greatest factors which can contribute towards the development of addiction. If there has been a history of hashish abuse in the family, chances are family members will also develop. Various studies have proved that there has been a genetic connection by watching their family members consuming drugs, even after they suffer badly.

Major peer pressure is also another factor that drags a person towards drug addiction. An individual’s friends and social circle persuade him/her to get engaged in substance use. If a person is pressurized to consume drugs and alcohol, then a person also starts consuming it to hold a position among his/her friend circle. People who are attention seekers or suffer from social awkwardness generally start getting influenced by their colleagues.

People who suffer from mental ill-health like – depression, phobias, insecurities, or anxiety often start consuming hashish as a form of self-medication. For example, a schizophrenic person may consume hashish to soothe his/her mental conflicts and feel happy about life. However, it is just an illusion. The consumption of hashish gives only temporary happiness.

People also end up consuming hashish because they feel that its consumption helps them get rid of anxiety and celebrate life. They think that hashish intake gives them the right kick during parties.

Signs and Symptoms of Hashish Abuse

Derived from the cannabis plant, hashish is sedative, which causes a relaxed feeling. People who are hashish addicted may show the following psychological signs and symptoms:

Immediate Side Effects of Hashish:

The short term effects of hashish are not really life-threatening; however, there are a few potential dangers of hashish as given below:

The continuous consumption of hashish leads to a lot of damaging effects in adults which include:

People who consume hashish for several years report symptoms of withdrawal when they attempt to quit. The primary symptoms of hashish withdrawal are psychological rather than physical.

Chronic hashish users may experience lack of sleep, irritability, depression, erratic cravings, restlessness, changes in eating patterns, and anxiety. Generally, the withdrawal symptoms develop within the first 24 – 72 hours. The first week is the peak and generally last for one or two weeks. However, sleep difficulties remain there for more than one month. The post-withdrawal symptoms last from 12 months to 24 months.

People who use hashish on a continuous basis may get indulged in building an addictive relationship with this drug. They may suffer from a lot of problems which make them experience trouble with cognitive tasks, like – decision making, problem-solving, etc. Let’s look at the behavioural symptoms of Hashish abuse:

Effects of Hashish on Pregnant Women

Studies have confirmed that women who had consumed hashish during pregnancy had given birth to smaller children and more likely to develop problems. A nursing mother who consumes hashish may also develop problems related to the infant’s motor development.

Effects of Hashish on Adolescents

Hashish leads to reduced cognitive functions in teenagers. They may lose an average of 5.8 IQ points till the time they reach adulthood. Hashish has a farther negative impact on teenagers than alcohol and smoke. There are higher chances of heart attack and severe dehydration problems start developing.

What Are The Treatments To Get Rid Of Hashish Addiction?

Seeking rehabilitation help is definitely the best idea to win the battle against hashish addiction on a permanent basis. A person must deviate his/her mind, body, soul, thoughts, and environment to such a place that can help him/her to walk on the path of de-addict. Different rehabilitation centers opt for different therapies, however, the most preferred are given below:

1. Detoxification Process: It is generally the first step of treatments that flushes off the substances from the body and limits the withdrawal reactions. During withdrawal treatment of hashish, users get an idea about how to overcome emotional hurdles. A therapist coach patients and conduct a dedicated treatment to help people find treatments.

2. Motivational Enhancement Therapy: It’s a modern counselling approach that helps individuals stop drug abuse by motivating them to embrace de-addict life. This therapy helps drug addicts understand why should they leave the drug abuse and get back to their normal life.

3. Cognitive Behavioral Therapy: This therapy focuses on replacing negative thoughts with positive ones. The therapist speaks positive affirmations to the patient and helps him/her overcome depression, agitation, or anger.

4. Twelve-Step Facilitation Therapy: It is an engagement strategy that is designed to help individuals combat drug addiction. It helps drug abusers to sustain long term recovery. It provides sobriety tips from the life experiences of other people.

5. Multidimensional Family Therapy: This therapy is a comprehensive family and community-based therapy. It mainly focuses on the emotional needs of the addicts and focuses on the experiences of adolescents to work towards a balanced alliance. This therapy encourages healthy communication between the child and the rest of the family.

6. Self – help groups: These groups help individuals in boosting motivation and reducing the feeling of isolation. The drug addicts meet the people who are also suffering from hashish consumption. Self-help groups allow the patients to get motivated by each other stories.

Here at Anatta Humaneversity, our therapists are talented and experienced who assist individuals in identifying their issues related to hashish addiction and help them get engaged in a proactive form of relapse prevention. The therapies are offered on an individual and group basis and even a combination of both is also organized at times according to the status of an addict.

Contact a dedicated treatment provider today. We’d be happy to assist you to find the right treatment.